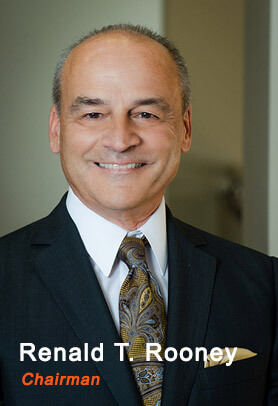 Ren graduated from DePaul University, Chicago, in 1972 with a B.A. in Political Science. Immediately following graduation he went to work for Chrysler Corporation, where he held numerous positions in Chicago, Cleveland and Kansas City.

In 1980 Ren was recruited by Toyota Motor Sales USA to work as the Market Representation Manager in their Chicago Region. He quickly moved up to the position of Field Operations Manager. In 1983 Ren was transferred to the national headquarters for Toyota and worked there until 1984, when he was promoted to Assistant General Manager of the Los Angeles Region.

In January of 1985 Ren became the General Manager of the Denver Region. There he was responsible for 68 dealers in 7 states. He was then promoted to the much larger Chicago Region in the same capacity in 1987.

February 1991 saw Ren promoted to Toyota National Headquarters to direct the Corporate Marketing Department. This included responsibility for all of the national advertising, launch of new vehicles, training programs for sales people, merchandising and brand image positioning. In this position he was responsible for the advertising and marketing budget for Toyota Motor Sales USA. At this time he also directed all of the sports marketing properties and even had the opportunity to make appearances on ESPN and ABC.

After two years in that job, he was promoted to Los Angeles as the General Manager of Toyota's largest region. He served in that position for three years.

Ren joined Wilson Automotive in 1996, where he now holds the position of President.

He served as the Director for the Philharmonic of Orange County for two years. He serves on the O.C. School Board Institute for Character in Education and received their "Outstanding Contribution to Education" award in March 2008.

Mr. Rooney is married, has three children and 2 grandchildren.